new music for the holidays!!!

“My 2015 concert at the stunning Teatro Petruzzelli opera hall in Bari, Italy was a true highlight of my career and my life.  Finally, after 4 years, I am beyond the moon thrilled about being able to bring this music and this performance to the world!” 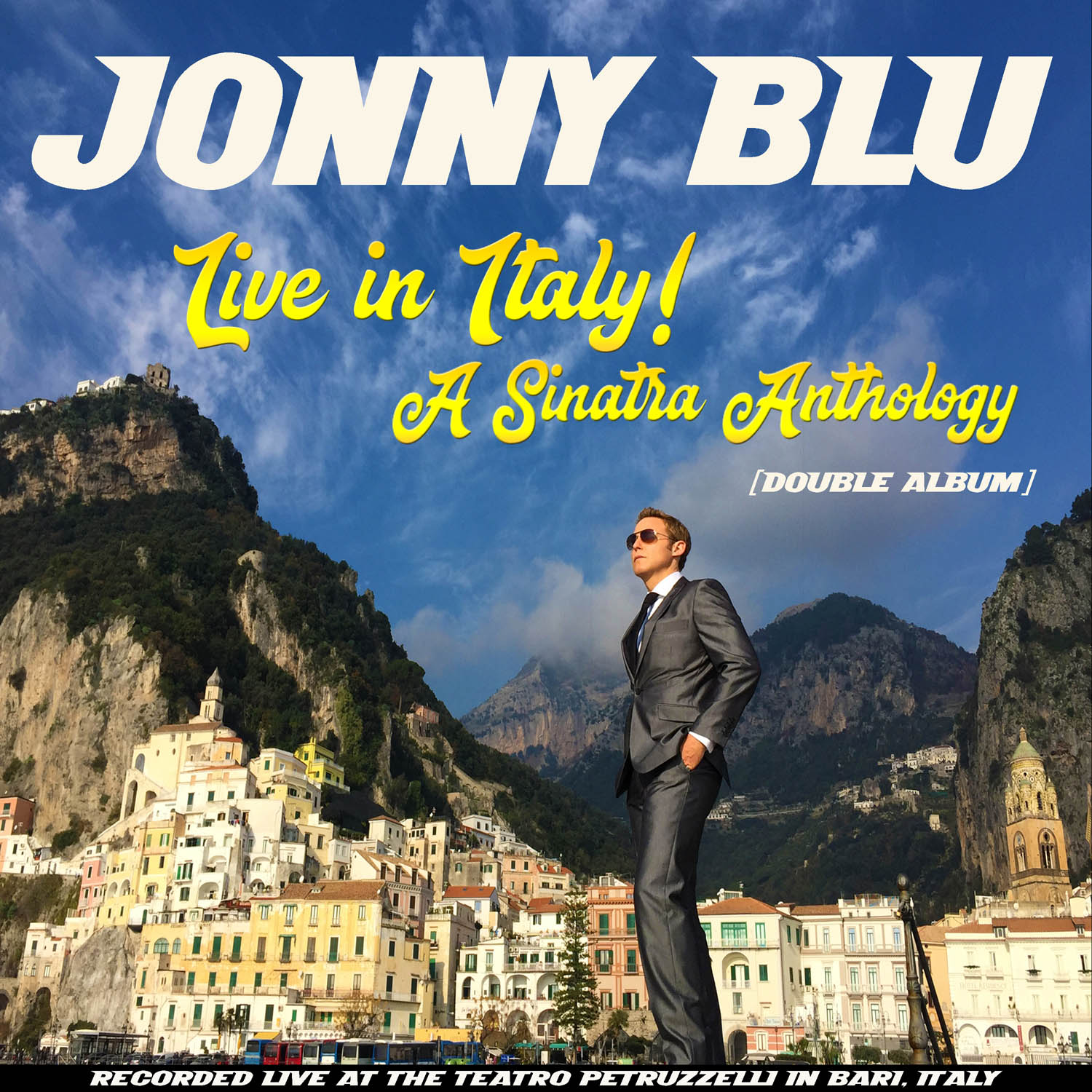 JONNY BLU CONCERT IN THE NEWS

On December 17th (2015) American born pop singer, Jonny Blu, performed a centenary concert honoring the birth of the legendary Italian-American singer, Frank Sinatra (1915-2015), to a sold out crowd at the famed Petruzzelli Theater in Bari, Italy. The vocalist Jonny Blu, the pianist and musical director Bob Malone, along with the special guest Romanian soprano Valentina Farcas, and backed by the Italian Big Band Orchestra directed by Marco Renzi, have admirably brought to life the music of Frank Sinatra.  Blu represented Sinatra’s voice and the evergreen melodies of his music in fine fashion and with his own unique interpretations. Introduced by the Italian Big Band conducted by Marco Renzi, Jonny Blu then took the stage performing Come Fly With Me immediately affirmed himself as the star of the concert, with his almost uninterrupted and commanding presence on the stage.  Blu interpreted some the most famous repertoire of Sinatra, accompanied by the fantastic Italian Big Band Orchestra, and under the whimsical direction of Bob Malone on the piano. A solo voice that has its roots in pitch perfect professional experience, Jonny Blu co-opted the audience into his musical universe, enchanting them with his presentations of these famous songs.  His voice is permeated by verve, but also light-heartedness, and he performs with his modular voice and natural physical choreography in osmotic symbiosis.  Without a doubt, Blu’s voice and style places him among the modern Jazz Vocal greats, like Harry Connick, Jr., Michael Bublé and Jamie Cullum.

In duet with Valentina Farcas on Something Stupid, the two seasoned singers shined, showing off vocal and visual skills of considerable artistic value.  Blu also created several vocal/piano duets with his longtime friend Malone, in which the piano of the latter and the voice of the former hovered in an aura of soft intimacy and casual repose.  Malone, was also able to carve out a personal spotlight, in which his eclectic pianism dominated the moment in his piano solo as a prelude to the In The Wee Small Hours.  To open the second act of the concert, Blu went off script in an homage to the Puglia region of Italy by performing Volare (Nel Blu Di Pinto di Blu) by Domenico Modugno, in which Jonny sung with a perfect Italian pronunciation and with visible gratitude from the audience. To conclude, Blu powerfully performed Night and Day, only to return in encore with three more songs at the bombastic prodding and applause of the audience.  Blu closed out the concert perfectly and appropriately with a Christmas song, Sinatra’s My Way and a rendition of New York, New York that sent the crowd over the moon.

So the audience, on this evening, was able to (in the words from Volare): “Fly, fly happier and higher than the sun, and even higher, while the world slowly disappeared far away, sweet music played …”.